De Profundis: the story of a volatile friendship

Mario Castelnuovo-Tedesco described Ildebrando Pizzetti (1880 – 1968) as “without doubt the greatest vocal polyphonist Italy has had since the glorious fifteen-hundreds” (Source). Pizzetti’s Requiem, written in 1922, revealed his empathy with vocal polyphony. In 1937, he composed De Profundis for seven-part mixed voices based on text from Psalm 130. This sonorous piece received high praise but surprisingly, was created with disdain.

De Profundis was composed in response to a shattered friendship with composer Gian Francesco Malipiero. It was said Pizzetti’s friendships “that were held firm for decades would abruptly end as the result of one vehement outburst or a single snide remark.” 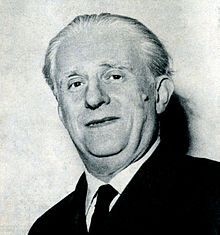 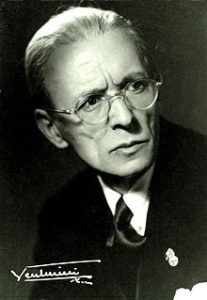 Malipiero had announced bitterly the rift between Pizzetti and himself by publishing a pamphlet describing their argument and ending with the words: “Here endeth a friendship that started well but finished badly … de profundis clamavi. (From the depths, I have cried)” (Source).

In 1937, the two composers dealt with the rift between them by each writing a choral work entitled De Profundis (from the depths). This broken friendship has left listeners with lush and moving choral music, today we may be grateful for their lasting legacy of ‘unfriending’ each other.

Hear Pizzetti’s De Profundis and his Messa di Requiem, amongst other stunning choral works by Palestrina, Monteverdi, Gabrieli, and Lotti. These composers are giants of the Italian choral repertoire. Living across a span of four hundred years, each composer found exquisite beauty in glorious sonorities that underscore the rich and moving texts.

De Profundis: Palestrina to Pizzetti takes place on February 25th in one of the most acoustically satisfying venues in Vancouver, Holy Rosary Cathedral. Don’t miss it!