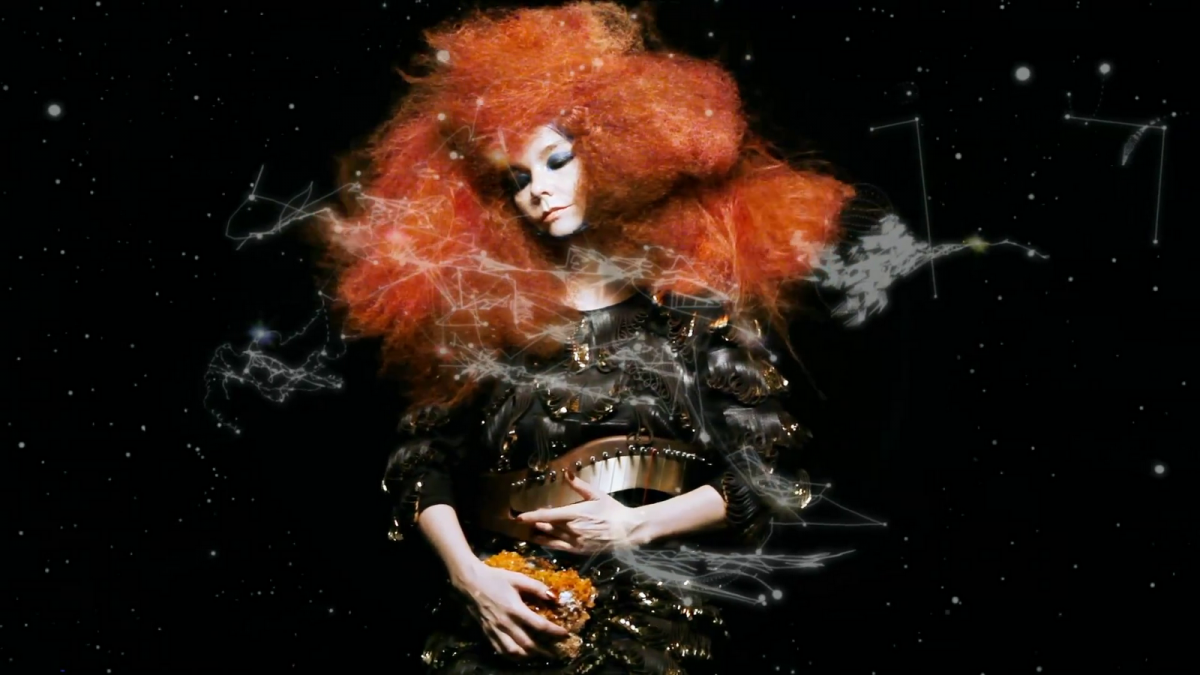 Björk’s origin of the universe, Cosmogony

For our next concert, Musica Universalis: Music of the Spheres on February 23rd, we asked Kristopher Fulton (past composer-in-residence for VCS) to arrange Cosmogony by Icelandic artist Björk for mixed choir. Cosmogony was released as the second single from her eighth album Biophilia (2011). The Cosmogony lyrics are based on several myths about the creation of the universe. Björk explains:

“This song is the ‘music of the spheres’ song for me… So it’s all about copper and rotating things and harmony and equilibrium and the universe and where there’s a place for every little thing and we’re all taken care of. In this song you have 4 verses. The first verse is the American native creation myth, next verse is Sanskrit creation myth, the 3rd verse is Aboriginal creation myth and the 4th verse is Big Bang theory.” Björk composed Biophilia as a concept album (think Pink Floyd’s The Wall) exploring the links between nature, music and technology. Described as the first “app album”, Biophilia is a multimedia project released alongside a series of apps linking the album’s themes to musicology concepts. The app includes music scores with karaoke playback and features an introduction by David Attenborough describing the app and the project itself (the app is available here for $18). It was followed by a series of educational workshops in four continents and in 2014, Biophilia became the first app included in the permanent collection of the Museum of Modern Art in New York.

As a vocalist, Björk is known for her unmistakable timbre and unpredictable, often theatrical phrasing. Throughout her career, Björk has kept ahead of the technological game in the production of her music and videos. Björk has also been an advocate for environmental causes in her home country Iceland. Her latest album, Utopia was released in 2017. Read more about Björk here.