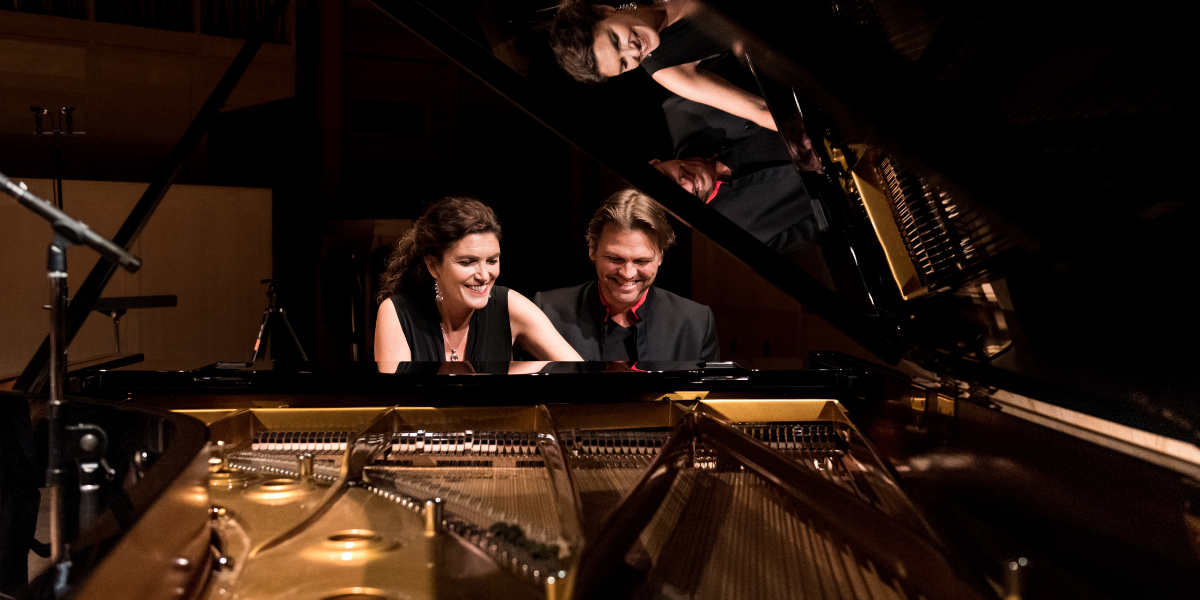 They have made recordings for the CBC, for several stations of the ARD in Germany and for National Public Radio and has recorded several CDs, which appear on the CordAria, Arktos, Koch International Classics, Naxos, ARS and Brilliant Classics labels.  Their most recent recording, American Stories on the ARS label,  features exclusively Marcel’s arrangements.

They are both Artistic Directors of White Rock Concerts. Elizabeth is Artistic Director of Concerts at the Langley Community Music School. Marcel held a position as Professor of Music at Mohawk College in Hamilton and is currently composer in residence at the Langley Community Music School. Elizabeth and Marcel have been on faculty at Mount Royal University and University of Calgary as well as being involved in various musical projects at The Banff Centre for the Arts.

The duo studied with Arie Vardi at the Hochschule für Musik und Theater, Hannover and with Jean-Eudes Vaillancourt at the Université de Montréal. They received first prize at the International Chamber Music Competition in Caltanissetta, Italy, and were laureates of The 4th Murray Dranoff International Two Piano Competition. They performed extensively in Germany as members of the young artists’ roster of Yehudi Menuhin-Live Music Now.

Their extensive repertoire ranges from the baroque to the contemporary and includes numerous own arrangements and compositions.