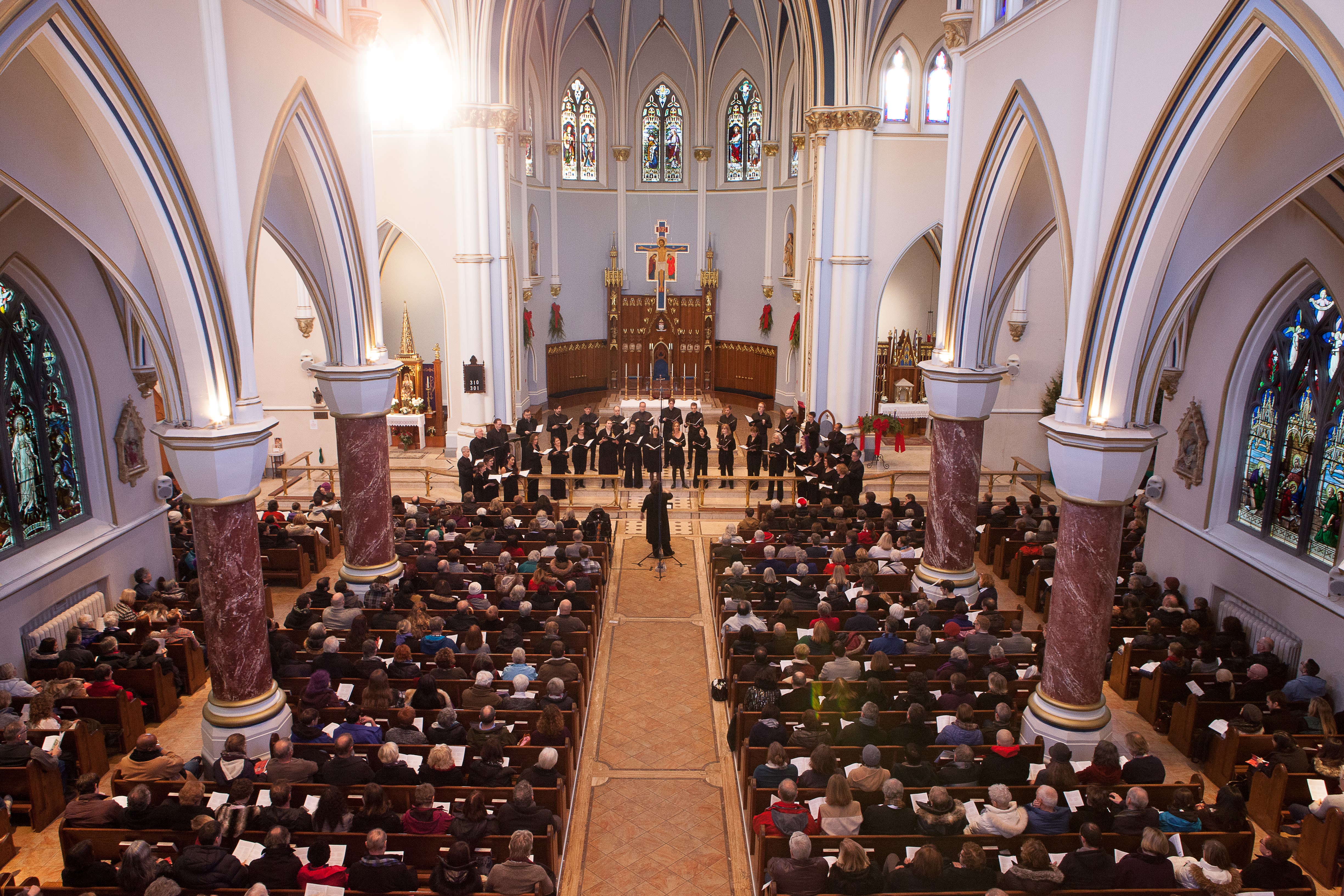 Every Christmas Reprise (since 2002), the Vancouver Cantata Singers have ended the program with Franz Biebl’s Ave Maria. The Ave Maria text dates back many centuries and countless music compositions have been inspired by it.

A local fireman’s choir in Munich had asked Biebl to write something for the choir in anticipation of a choir festival in 1964 which resulted in an Ave Maria composition for a double male choir. The composition did not catch on at the time. Later, Biebl invited various visiting American choirs to sing on his radio programme, including the Cornell University Glee Club, which then learned of his Ave Maria. The Cornell men loved the work and proceeded to introduce it to North Americans in 1970. Once Chanticleer recorded Ave Maria, it became so popular that Biebl decided to arrange it for a seven-voiced mixed choir – the version we sing now.